WELCOME TO BIOBANK BRIEF FOR JULY 2012

WELCOME TO BIOBANK BRIEF FOR JULY 2012

This week two excellent research stories were reported in the media. The Biobank is pleased to play a supporting role for both these projects.

The Health Report on ABC Radio National on July 10 focused on CUPs (Cancer of Unknown Primary). The report highlighted the significant challenge for both clinicians and patients of finding an appropriate way to treat this category of cancers. Professor David Bowtell and his team at the Peter Mac are studying the molecular signature of individual patient tumours with the aim of improving clinical management. The Biobank staff at Peter Mac have been preparing the DNA for this research. 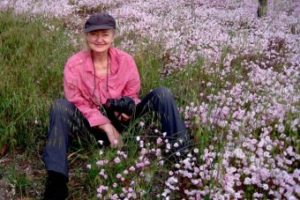 The second story highlights an exciting new approach to blocking the growth of leukaemia and lymphoma cells. The mechanism involves inhibiting ribosome biogenesis and therefore protein production in the cancer cells. Professor Grant McArthur, Associate Professor Ross Hannan and a team of scientists at Peter Mac collaborated with Californian biotechnology company Cylene Pharmaceuticals to develop the drug, CX-5461. The Biobank will be supporting the Phase 1 clinical trial using this agent, which is scheduled to commence later this year.

Support for clinical trials and translational research projects such as these is the Biobank’s largest growth area. Our highly skilled medical scientists, located at seven hospitals in metropolitan Melbourne and Geelong, work with clinicians to collect and process blood and tissue samples according to study specific protocols.

GOVERNMENT FUNDING FOR RESEARCH AND THE BIOBANK

The Victorian Cancer Biobank (VCB) in a redeveloped form, has been identified as a key component of the new platform. In order to progress the redevelopment of the VCB that will need to occur prior to transition into the new platform, the Department of Health has renewed its existing funding agreement with VCB for 12 months to 30 June 2013.

During the next eight months we will be undertaking a comprehensive review of our service model and operations, as well as seeking user feedback. The information gathered during this process will enable us to work with the Agency and our data partners to develop a model for the integrated cancer platform that will better support the research community, as they work to develop more effective cancer treatments for Victorians.

In collaboration with the Victorian Cancer Registry (VCR), the Biobank has conducted an exercise to compare VCR coded entries with the VCB assigned codes in the Cresalys database.

The study was undertaken to investigate the feasibility of linking fields contained in the VCR database with the fields in the Cresalys database. Currently Biobank staff enter data obtained from pathology reports into Cresalys. This data is also coded by the Data Managers at the VCR.

Pathology data from 493 cases was extracted from Cresalys and from the VCR database. This included all records dated the month of June 2011 as well as a random selection of cases from each Biobank site entered between January and June 2011. The extracted data was compared and evaluated for accuracy and correlation.

The results indicated strong correlation between the coding used in both databases. However, the error rate of approximately 11% in Cresalys data underlines the importance of the coding being undertaken by VCR staff with expertise in this area. The Biobank Data Managers are now using data retrieved from the VCR to clean the data currently held in Cresalys.

The Biobank looks forward to collaborating with the VCR to commence the process of linking data fields with the VCR, which will reduce the current duplication of resources and improve the accuracy.

The Biobank is pleased to announce that Minister for Health, David Davis will officially launch The Alfred Tissue Bank on Friday 10th August at The Alfred Hospital.

The Alfred Tissue Bank has been operating since January, and Biobank Coordinator Lisa McPhail has so far consented over fifty donors. During this time, Lisa has continued to receive excellent support from researchers and surgeons and in particular has been working closely with the Melbourne Melanoma Project and the Victorian Melanoma Service.

The launch will be a wonderful opportunity for the Minister to see first-hand how the Biobank operates and to meet the staff at The Alfred.

After accepting an invitation to present to students at RMIT, Melbourne Health Tissue Bank Manager, Matthew Chapman was approached by Katrina Kwok, who asked if he would consider taking on a bursary student. He kindly agreed and a four-month professional placement commenced in March.

“The initiative was a successful one and it was great having an enthusiastic student like Katrina on the team”, says Matthew. “Now that the RMIT Course Coordinator is aware of what the VCB can offer in the way of placements, hopefully more students will come through next year.”

Katrina is currently completing a Master’s Degree in Laboratory Medicine at RMIT, and has detailed her experiences with us here. 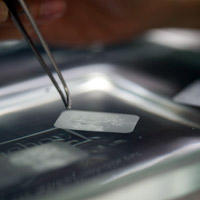